SPIRIT OF THE SPEY ~ Feel it on the River; Taste it in the Whisky; Hold it in your Heart


Filming with the BBC and ‘Whisky Awards’ dram-tastings for ‘starters’, my main involvement for the remainder of the Speyside Whisky Festival (@spirit_speyside @dram2013) was in the introduction of Festival visitors to the ‘True Spirit of the Spey’ ~ facilitating open canoe journeys from either Carron or ideally, if time allowed, Knockando to Craigellachie with, at the journeys’ end, a full whisky tasting in my tipi ~ now standing proudly, as if it had always been there, nested beside Mr. Telford Bridge by Craigellachie


After a cosy night in the tipi, as the day dawned I had enjoyed a chilly dip in Spey waters and al fresco breakfast. Just as I finished off sorting out canoe-kit for the Journey and arranging whisky expressions for the end-of-trip tastings, my clients began to arrive.

As I expected my group members were from abroad ~ a charming young couple from Minnesota visiting the Festival as part of their honeymoon and the others were lovely chaps from the Netherlands ~ a country, which as well as producing many tulips from Amsterdam, appears to cultivate a huge number of home-grown malt-whisky aficionados. 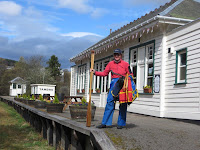 It was a fine morning and, because none of the group had anything planned for the afternoon, it was decided we would travel upstream to and launch at Knockando Station ~ first named Dalbeallie Station before it became Knockando in 1925. Now, with freshly painted platform buildings and signal box, plus newly installed station signs proudly display the station’s name in modern times ~ ‘Tamdhu’.

When we arrived to launch our canoes at Knockando Estate’s Station Pool, the station area was a hive of activity.  Vans, lorries parked and 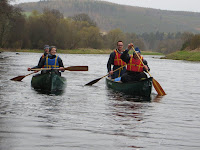 people all dashing around, carrying boxes and equipment in and out of the smart, event marquees erected in preparation for the official reopening of the distillery, now part of Ian Macleod distillers and, of course the anticipated launch of the special Tamdhu 10 y.o. single malt ~ praised highly by those who have had the opportunity to sample it!

After a short session of ‘land-drills’ in terms of stroke practice, my intrepid paddlers set off downstream, having to immediately avoided 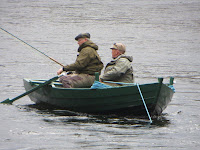 their first ‘river obstacle’ in the form of a large boat, containing Knockando Ghillie Archie and fishing guest, moored in the centre of the Spey.

With their new found skills my team managed to give Archie a wide berth and move past under the watchful eye of the long since (sadly) redundant Knockando distillery pagoda. Round the bend at Craigsteel ~ another boat anchored in ghillie Davie Anderson’s Long Pool. Once again my rising stars glide skilfully by, causing no alarm to ghillie or client. 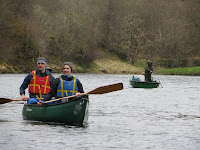 A few squeals were heard coming from the honeymooner’s canoe as they moved swiftly over and sometimes through the turbulent but fun waves of the rapid know as ‘Millionaires’ (... no, I don’t know!). 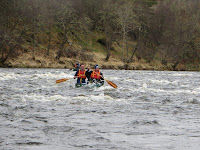 In years gone by I would bring to the attention of my paddling clients the ghostly, imposing shape of the brick-built Imperial Distillery looming high above us river-left. However, the spooky building, which would have served well as an ‘end of the world’ movie location is not longer with us ~ demolished over the winter period just past. The corner ‘watch-towers’ have gone. Only the stone-built bonded warehouses remain standing, making way for the new, state-of-the-art distillery soon to be built by Chivas Bros. 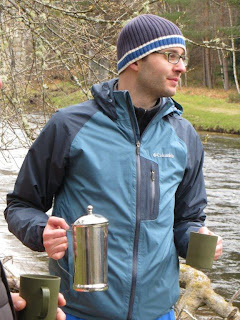 After picnic lunch and a wee dram by picturesque Carron Bridge, we were once again on the water, heading past Aberlour, onward to the tipi, keeping safe our range of whiskies to be sampled ~ including the Speyside Whisky Festival Award Winning Balvenie, Doublewood 17 y.o. After their exertions on the water, the tasting session was great enjoyed by intrepid paddlers on Day 1 of my 3 river-days of the Festival. 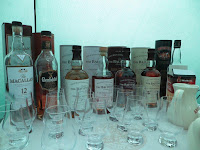 Although as a pre-curser to the ‘main-event’, my filming with the BBC and attending Whisky Awards over the previous day and a half, the ‘Formal’ Festival is kicked off by a grand opening dinner ~ this year held on evening of May 2nd in The Glenlivet distillery.

Situated in the heartland of whisky distilling, steeped in folklore of illicit stills and whisky smuggling, Glenlivet is one of those places which would remain as a hidden quite Scottish backwater were it was not for its iconic status world-wide as a distillery producing fine malt whiskies. (The Glenlivet 25 y.o. being awarded high praise at this year’s Speyside Festival.) 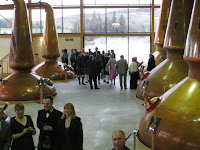 Attended by many of the Festival guests, local dignitaries along with many well kent faces from within the industry, it never ceases to amaze me how a working distillery ~ in effect an industrial production unit ~ can be transformed into a plush banqueting venue. The Festival Directors, The Glenlivet management and Opening Dinner partners are to be congratulated on their fantastic work in producing such a wonderful evening of delicious cuisine, fine wines and great drams. 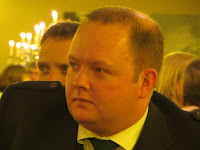 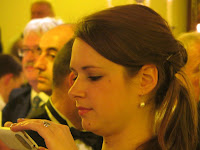 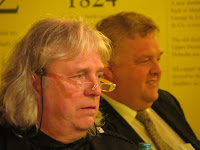